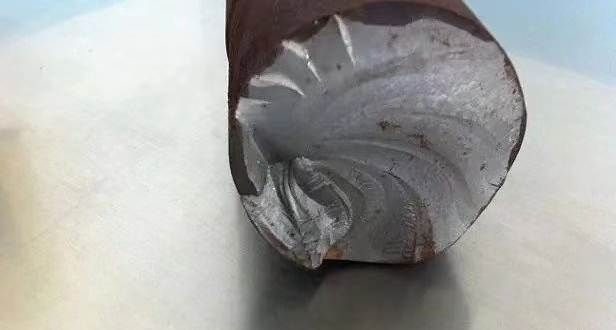 Study on toughness and fracture cause of steel

Study on toughness and fracture cause of steel material


There are thousands of varieties of steel material used in various industries. Each steel has a different trade name depending on its properties, chemical composition or alloy type and content. While fracture toughness values greatly facilitate the selection of each steel, however, these parameters are difficult to apply to all steels. 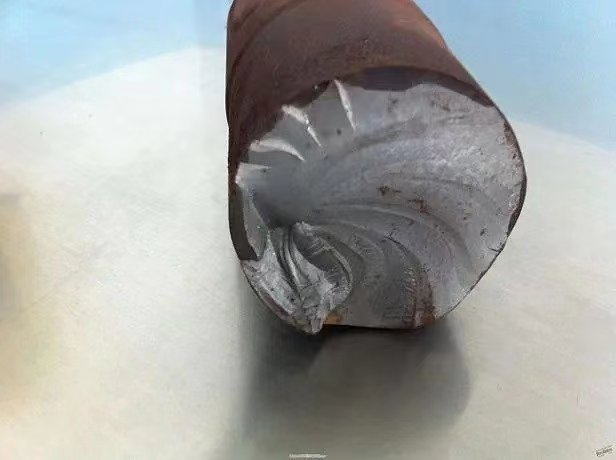 The main reasons for this are:

Since the steel toughness depends mainly on the microstructure and the dispersion of defects (strictly prevent the concentration of defects) degree, rather than chemical composition. Therefore, the toughness can change significantly after heat treatment. To explore in depth the steel properties and its fracture causes, it is also necessary to master the relationship between physical metallurgy and microstructure and steel toughness.


Ferrite – pearlite steel accounts for the vast majority of the total steel production. They are usually between 0.05% and 0.20% of the carbon content of iron – carbon and to improve the yield strength and toughness of a small number of other alloying elements added to the alloy.
The microstructure of ferrite – pearlite consists of BBC iron (ferrite), 0.01% C, soluble alloy and Fe3C. In carbon steel with very low carbon content, carburite particles (carbides) stay in the ferrite grain boundaries and among the grains. However, when the carbon content is higher than 0.02%, the majority of Fe3C forms a lamellar structure with some ferrite, and is called pearlite, while tending to act as “grains” and spherical knots (grain boundary precipitates) dispersed in the ferrite matrix. In the microstructure of low carbon steel with carbon content of 0.10%~0.20%, the pearlite content accounts for 10%~25%.
Although the pearlite grains are hard, they can be very widely dispersed in the ferrite matrix and deform easily around the ferrite. Usually, the grain size of ferrite decreases with the increase of pearlite content. This is because the formation and transformation of pearlite spherical junction will prevent the ferrite grains from growing. Therefore, pearlite will indirectly raise the tensile yield stress δy by raising d-1/2 (d is the average grain diameter).
From the viewpoint of fracture analysis, there are two ranges of carbon content in mild steels whose properties are of interest. One is the carbon content below 0.03%, carbon in the form of pearlite spherical junction, the impact on the toughness of the steel is small; the second is the higher carbon content in the form of spherulite directly affect the toughness and Charpy curve.

2. The impact of the treatment process


Practice has learned that the impact performance of water-quenched steel is better than the impact performance of annealed or normalized steel, the reason is that fast cooling prevents the formation of carburized body in the grain boundaries, and promote ferrite grain thinning.
Many steels are sold in the hot-rolled condition, and rolling conditions have a significant impact on impact performance. Lower final rolling temperature will reduce the impact transition temperature, increase the cooling rate and promote ferrite grain size, thereby improving the toughness of steel. Thick plate because the cooling rate is slower than the thin plate, ferrite grains than the thin plate coarse. Therefore, under the same heat treatment conditions thick plate than thin plate more brittle. Therefore, hot rolling is commonly used after normalizing treatment to improve the performance of steel.
Hot rolling can also produce anisotropic steel and a variety of mixed tissue, pearlite strip, inclusions of grain boundaries and rolling direction consistent with the direction of directional toughness steel. The pearlite band and elongated inclusions are coarsely dispersed into scales, which have a great impact on the notch toughness at low temperatures in the Charpy transition temperature range.


The vast majority of alloying elements are added to mild steels to produce solid-solution hardened steels at certain ambient temperatures and to increase the lattice friction stress δi. However, lower yield stresses cannot currently be predicted using equations alone unless the grain size is known. Although the determinants of yield stress are normalizing temperature and cooling rate, yet this research method is still important because the extent to which individual alloying elements can reduce toughness can be predicted by increasing δi.
Regression analyses of the no plasticity transition (NDT) temperature and Charpy transition temperature for ferritic steels have not been reported to date, however these are also limited to qualitative discussions of the effect of adding individual alloying elements on toughness. The following is a brief description of the effect of several alloying elements on steel properties.


The vast majority of manganese content is about 0.5%. It is added as a deoxidizer or sulfur fixing agent to prevent thermal cracking of steel. In the low carbon steel and the following role.

The first two effects indicate that the NDT temperature decreases with the increase of manganese, and the latter two effects cause the peak of Charpy curve to be more sharp.
When the steel contains high carbon content, manganese can significantly reduce the transformation temperature by about 50%. The reason for this may be due to the high amount of pearlite rather than the distribution of carburized bodies at the boundary. It must be noted that if the carbon content of the steel is higher than 0.15%, the high manganese content plays a decisive role in the impact performance of the normalized steel. This is because the high hardenability of the steel causes the transformation of austenite into brittle upper bainite, rather than ferrite or pearlite.


Added to the role of steel like manganese, can improve the iron – carbon alloy toughness. Its role depends on the size of the carbon content and heat treatment. In steel with low carbon content (about 0.02%), the addition of 2% can prevent the formation of hot-rolled state and normalized steel grain boundary carburite, while substantially lowering the beginning of the transition temperature TS, elevating the peak Charpy impact curve.
Further increase in nickel content improves the impact toughness effect is reduced. If the carbon content is so low that no carbides appear after normalization, the effect of nickel on the transition temperature becomes very limited. The greatest benefit of adding nickel to normalized steels containing about 0.10% carbon is grain refinement and reduction of free nitrogen content, but the mechanism is not yet clear. It may be due to nickel as a stabilizer of austenite thus reducing the temperature of austenite decomposition.


In the pure Fe-phosphorus alloy, the ferrite grain boundaries will occur due to phosphorus segregation reduces the tensile strength Rm and embrittlement between the grains. In addition, because phosphorus is also a stabilizer of the ferrite. Therefore, the addition of steel will greatly increase the δi value and ferrite grain size. The combination of these effects will make phosphorus become extremely harmful embrittlement agent, the occurrence of crystal fracture.


The addition of silicon in steel is to deoxidize, while beneficial to improve impact performance. If both manganese and aluminum are present in the steel, most of the silicon dissolves in the ferrite while increasing δi through solid solution hardening. the result of this combined effect with the addition of silicon to improve impact performance is that the addition of silicon by weight percentage in a stable grain size Fe-Carbon alloy increases the 50% transition temperature by about 44°C. In addition, silicon, similar to phosphorus, is a stabilizer of ferritic iron and promotes ferrite grain growth. By weight percent, silicon added to normalized steel will increase the average energy conversion temperature of about 60 ℃.


To alloy and deoxidizer role added to the steel for the following two reasons: first, with the nitrogen in the solution to generate AlN, to remove free nitrogen; second, the formation of AlN refines the ferrite grain. The result of these two effects is that each 0.1% increase in Al will lower the transformation temperature by about 40°C. However, when more Al is added than necessary, the effect of “solidifying” the free nitrogen becomes weaker.


Sub-eutectoidal steel with carbon content in the range of 0.3% to 0.8%, first eutectoid ferrite is a continuous phase and first formed in the austenite grain boundaries. Pearlite is formed within the austenite grain, while accounting for 35% to 100% of the microstructure. In addition, there are various aggregates formed in each austenite grain, making pearlite polycrystalline.
Since the strength of pearlite is higher than that of first eutectic ferrite, it restricts the flow of ferrite, so that the yield strength and strain hardening rate of steel increase with the increase of carbon content of pearlite. The limiting effect increases with the increase of the number of hardening blocks and the refinement of pearlite to the size of precondensation grains.
When there is a large amount of pearlite in the steel, the deformation process results in the formation of micro-dissociation cracks at low temperatures and/or high strain rates. Although there are also some internal aggregated tissue fractures, the fracture channel initially travels along the destructive surface. Therefore, there are certain selective orientations within the ferrite grains between ferrite sheets and in adjacent aggregated tissues.

From Metal & Oil & Gas News, post Study on toughness and fracture cause of steel 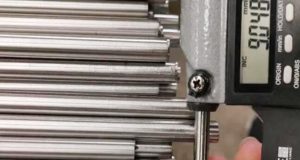