While the government has plugged the problem of steel imports with levy of anti-dumping duty, value-added steel pipes are now being dumped into the country at a price 20 per cent cheaper than Indian producers.

In a recent GAIL tender bidding for 1.6 lakh tonnes of steel pipes worth ₹1,040 crore, North China Pipe Mill has bagged an order worth ₹880 crore leaving just 25 per cent of tender quantity for the Indian producers. 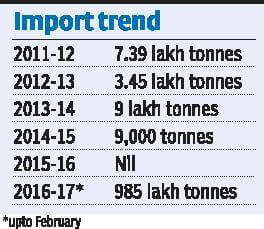 Reeling under a prolonged slowdown in orders, pipe producers in India have already become nervous with GAIL set to open bids for another 3 lakh tonnes of steel pipes worth ₹2,000 crore in three months.

Other public sector oil majors such as IOCL and ONGC are set to tender their pipe requirement worth ₹4,000 crore in the next six months. The capacity utilisation of Indian pipe mills with bank loan exposure of over ₹15,000 crore has already fallen below 35 per cent and they are struggling to stay afloat, said Vinod Mehta, General Secretary, Indian Pipe Manufacturers Association.

China has managed to undercut prices and dump pipes in different countries as their government provides special incentives for exports besides they enjoy lower interest and logistic costs compared to their Indian counterparts, he added.

Though the New Steel Policy that mandates use of ‘Made in India’ steel looks good, it needs lot of clarifications and faces big challenges on implementation, he said.

Exporters can play around the 15 per cent domestic value addition clause in the policy to still dump steel products, he said.

Seeking levy of anti-dumping duty, Mehta added, the import duty on steel plates, a raw material for making pipes, is 12.5 per cent while the duty on pipes is 10 per cent.

India has six million tonnes of pipe making capacity and imports 50-60 per cent of its raw material. Among the large pipe manufacturers are Welspun Corporation, Jindal SAW and Man Industries.

China has started focusing on Indian market for pipes after Europe imposed anti-dumping duty and US started investigation on their exports for a possible trade barrier, said Mehta. 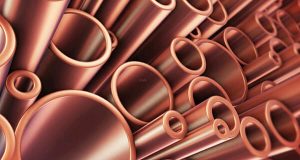 Installation and connection of copper pipes