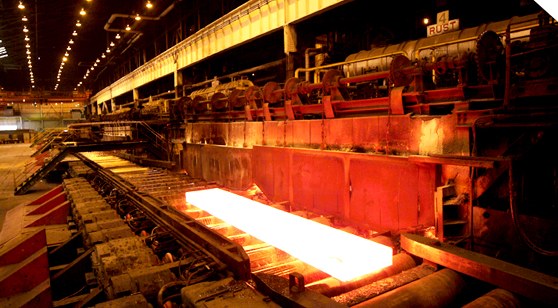 Stocks generally posted strong gains on Monday, with major-market benchmarks falling just short of reaching new record levels. This morning’s earnings news helped brighten investors’ moods, as hopes that the second quarter would bring a big improvement over a winter in which harsh weather conditions produced tough conditions for many industries. The Dow scored triple-digit gains, but several individual stocks didn’t share in the strength of the overall market. Among the worst performers were U.S. Steel , Harmonic , and Riverbed Technology .

U.S. Steel sank 5% after the World Trade Organization said that import duties that the U.S. imposed on makers of steel in China and India were improper. Originally, U.S. Steel and other domestic steel manufacturers had argued that Chinese and other foreign steel companies were selling steel in the U.S. at below market prices, potentially trigger anti-dumping rules. Yet the WTO ruling will eliminate a key competitive advantage that U.S. Steel and its peers had in selling materials to the transportation and construction industries. Given the challenges U.S. Steel has had in dealing with sluggish levels of construction and infrastructure activity, the trade ruling is just another obstacle the company will have to overcome.

Harmonic fell 14%. The company makes technology helping media users develop better ways to deliver video to potential viewers, and it said that its video business had seen less demand than expected. As a result, it cut its revenue guidance for the quarter to a range of $108 million to $110 million, down between 5% and 10% from its previous sales range. Moreover, Harmonic expects just barely to break even for the quarter on an adjusted basis, well short of the profit most investors had expected to see. As media companies try to figure out what the future of video delivery will look like, Harmonic has high hopes that it will be able to weather the industry’s changes and emerge stronger than ever.

Riverbed Technology dropped 9% after the network-equipment company warned that its revenue for the second quarter would fall short of its previous projections. Riverbed now believes that it will bring in around $265 million in sales, which is around 3% to 5% less than it had previously predicted and about 4% below what investors had wanted to see from the company. Riverbed cited delays in sales for the poor performance, with prospects for the maker of wide-area network optimization products seemingly still bright given the huge demand for enterprise cloud-computing capabilities and the need for infrastructure to support them. Yet with the company having been targeted by an activist hedge-fund investors, Riverbed can’t afford to wait for long-term trends to prove its success to increasingly impatient shareholders.

Previous: WTO Backs Key Indian Claims in Case Against US Steel Duties
Next: How tough is it to sell steel?