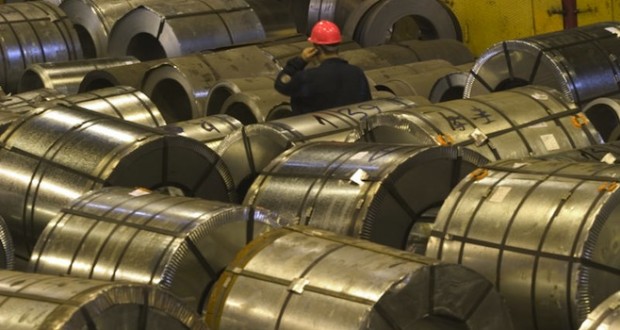 A so-called suspension agreement struck after the Cold War has sheltered Russian steelmakers from steep anti-dumping duties on hot-rolled coil, instead setting a cap on HRC imports and a minimum price that many in the U.S. industry believe is too low even after a 2012 revision.

An industry source familiar with the situation said steel companies were looking at urging the U.S. administration to drop or adjust those exemptions.

Imports of hot-rolled, flat-rolled, carbon-quality steel products from Russia rose 162 percent in the three months through April, compared with the previous three-month period.

“Given the volume of imports coming in, the industry is actively exploring its options to terminate or modify the agreement,” an attorney familiar with the Russian case said.

“We are in the process of preparing a filing for the U.S. government.”

The discussions come at a sensitive time for U.S. relations with Moscow, following Washington’s decision to impose travel bans and asset freezes on dozens of Russian officials after Russia seized Crimea from Ukraine.

The move also reflects concerns about weak global prices, oversupply and sluggish demand for hot-rolled steel, which is used in appliances and autos.

Overcapacity has already sparked other trade disputes, including a high-profile U.S. case over imports of steel tubes used by the oil and gas industry.

Even so, the news will likely rattle traders already worried about the impact of escalating tensions over Ukraine on steel trade flows. Russia is one of the biggest foreign suppliers of HRC.

If the deal is revised or canceled, domestic companies such as United States Steel, Nucor and possibly also AK Steel could benefit.

If the agreement dating from 1999 is ditched, Russia’s Severstal would be hit with anti-dumping duties of 73.59 percent and other Russian producers, such as Novolipetsk Steel and Magnitogorsk Iron and Steel Works, would face duties of 184.56 percent.

The original deal was agreed as the U.S. moved to stem a flood of Russian steel imports after the Cold War ended. It can be terminated with 60 days notice, or modified by negotiation. Duties would apply immediately upon termination.

While it is unclear if there will be a challenge, the discussions come just two years after the countries renegotiated terms with substantially higher price floors to prevent Russian steel being sold below cost, or dumped, in the U.S. market, an official at the Commerce Department said.

“The Department currently has no plans to further amend or revoke this remedy,” the official said.

Under the agreement, reference prices for Russian hot-rolled steel products for the current quarter range from $554.61 per ton to $709.90 per ton.

The U.S. also has suspension agreements in place on imports of Russian uranium and carbon steel plate.

Previous: Stainless Steel Scrap Prices Jumped Higher in May
Next: 30ft-tall stainless steel Marilyn Monroe statue that took two years to make is left to languish in a Chinese tip