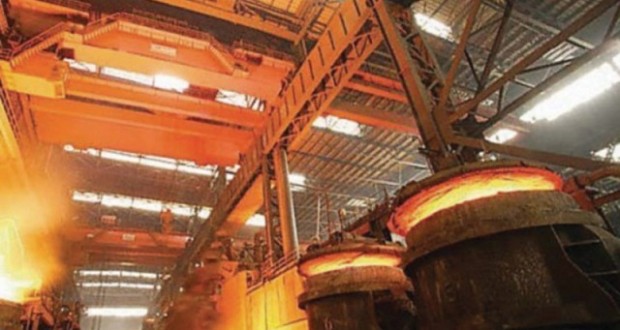 Up to Rs2.55b injected into Pakistan Steel Mills

KARACHI: As part of a measure to improve the state of affairs at the Pakistan Steel Mills (PSM), the government on Monday provided the entity an amount of Rs2.55 billion — the installment is part of the restructuring package of Rs18.5 billion that was earlier approved for the country’s only integrated steel mill.

The government has planned to disburse the total amount in installments. Earlier, the government had disbursed Rs4.2 billion to the management of PSM, which was the first installment of the package, PSM spokesperson told The Express Tribune.

The pay slips for PSM employees for the month of April 2014 have been issued. Moreover, two letters of credits (LCs) for procurement of raw materials have also been opened, a PSM release said.

The release also said the remaining amount will be utilised for the payment of PSM’s utility bills.

“Pakistan Steel management is confident that with the release of the second tranche of the approved package, production of the mill would start improving to achieve capacity utilisation targets set by the government,” the release stated. PSM has accumulated huge losses especially in the last six years. It has been running at an embarrassingly low production capacity of below 5% for the last one year – the lowest capacity utilisation in 32 years of production.

The only integrated steel mill has a massive workforce of over 16,000 employees, which according to many experts, is one of its major problems in turning it into a profitable company.

PSM needed a heavy money injection of about Rs18-20 billion in one go, in order to purchase raw materials to become sustainable again.  However, this government, like its predecessor, has been struggling to improve the affairs at PSM as it continues to pour in money in small installments.

However, this time the government has decided to end this vicious cycle by pumping in huge amounts of capital at one time.

PSM is one of the 35 steel mills that the former Soviet Union established in different countries with 1.1 million tons standard production capacity. However, Pakistan was one of the few countries that failed to expand their steel mills. The mills set up with Soviet assistance in Iran and other countries are now running at an annual capacity of about 3 million tons.

Tagged with: Up to Rs2.55b injected into Pakistan Steel Mills