How to Remove a Sink Stopper Flange

A part of the pop-up stopper assembly, the flange rests on top of the sink drain. Yet the most effective and time-saving method of removing the flange from the sink’s pop-up stopper assembly is to venture below the sink. Although this may seem like an uncomfortable proposition, once below the sink, you will find that all the parts that are involved in this repair are easily accessible.

Loosen the locknut that anchors the strainer to the sink, using slip-joint pliers. Enlist a helper to hold a screwdriver in place in one of the holes in the strainer wall from above, while you turn the locknut counter-clockwise from below. Remove the locknut.

From Metal & Oil & Gas News, post How to Remove a Sink Stopper Flange 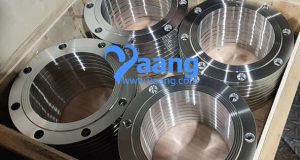