Figure 1 the gap formed at the grain boundary in the early stage of creep
Creep tests are carried out using tensile specimens with constant stress, usually by simple means of hanging heavy objects. The sample is surrounded by a constant temperature controlled furnace. The temperature is controlled by a thermocouple connected to the sample gauge length, as shown in Figure 2. The elongation of the specimen is measured by a very sensitive extensometer because the actual deformation before failure can be only 2% or 3%. The test results are plotted on the curve of strain to time, and a curve similar to that shown in Fig. 3 is obtained.

Figure 2 a schematic diagram of the creep test

Figure 3 the creep curve of a typical steel
The sample design is based on the standard tensile specimens. It must be proportionate so as to compare the results, and ideally, it should be processed more tolerable than standard tensile specimens. In particular, the straightness of the specimen should be controlled within half of the diameter. Slightly bent specimens will cause bending stress, which will seriously affect the results. The surface finish of stainless steel is also important. Samples should be smooth, scratch free, and will not be cold processed for processing. The extensometer should be installed on the gauge length instead of any other bearing parts, because these parts are difficult to separate from the extension of the specimen.
It is generally tested at atmospheric pressure. However, if the creep data of materials that react with air can be generated, it can be tested in vacuum chambers containing inert atmospheres such as argon or in vacuum. If the material is running in a harsh environment, the test may need to be carried out in a controlled environment simulating the use conditions.
Figure 3 shows that the creep failure occurs at three different stages – the rapid increase in length is called primary creep, and the creep rate decreases with the hardening of metal processing. Next is the almost constant creep rate. The period of steady or two creep is the period of forming most of the creep life of the component. When creep life is almost exhausted, three creep occurs in the third stage, and void is formed in the material, and the effective cross-sectional area decreases. The creep rate accelerated with the increase of the stress per unit area until the specimen finally failed. The typical failure specimen is shown in Figure 4.

Figure 4 test samples for fracture
The purpose of creep test is to precisely measure the rate of two or steady creep. Increasing the stress or temperature has the effect of increasing the slope of the line, that is, the increase in deformation within a given time. The results are expressed as strain (deformation), usually expressed as a percentage, by applying a specific load at a specific time and temperature, such as a 1% strain of 100000 hours at 35N / mm 2 and 475 C.
This allows the designer to calculate the shape of the components in the process of application, so as to specify the creep life of the design. In the case of critical size control, such as in a gas turbine, this is particularly important, but it is less important when the shape change does not significantly affect the operation of the component, and may be a pressure vessel suspended from the top to compromise.
Therefore, there are two additional variants in the creep test, which use the same equipment and samples as standard creep tests, and are used to provide the designer’s data used in the latter case. These are creep rupture tests and stress rupture tests. As the name suggests, these two tests continue until the sample fails. In creep rupture test, creep variables recorded at failure point are recorded. The test results will be expressed as% age strain, time and temperature, for example, rupture at 85000 HR at 450 C and 2% strain. The stress rupture test shows that the rupture time at a given stress and temperature, such as 45N / mm 2, will result in failure within 97000 hours at 450 C. If this data is explained correctly, it is useful to specify the design life of the components when it is not important to determine the size changes due to creep, because they give the measurement of the bearing capacity of the material as a function of time.
Source: China Stainless Steel Plates Manufacturer – Yaang Pipe Industry Co., Limited (www.yaang.com) 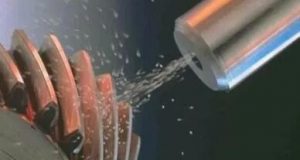 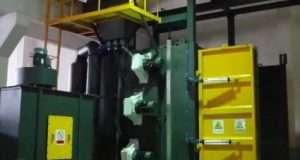