Corrosion and protection of buried pipelines

Here we say that buried pipelines are specifically metal pipes, and considering the prevalence of use in water supply and drainage projects, we have chosen two metal pipes for discussion, one is ductile iron pipe and the other is carbon steel pipe.

In most cases, buried pipelines are laid in the topsoil. The average person would think that the soil is a granular solid, but in fact, when we conducted related research, we thought that the soil is a three-phase system of solid, liquid and gas, and the latter two played a crucial role. Among them, solid materials include soil minerals, organic matter and microorganisms, and liquids and gases exist in the pores of soil particles. The soil can be divided into sandy soil, clay soil and loam. Among them, the sandy soil has many sediments, coarse particles, fast water seepage, poor water retention performance, good aeration performance, and slime. The nature of the soil is exactly the opposite of sandy soil, and the nature of the loam is middle. Pipes are buried in soils of different natures, and the degree of corrosion is different.

In fact, in many cases, a pipe needs to be in contact with soil of different nature, and the different physicochemical properties of the pipe surface are likely to lead to increased corrosion of the pipe. Therefore, in this case, anticorrosion construction should be better. jobs. 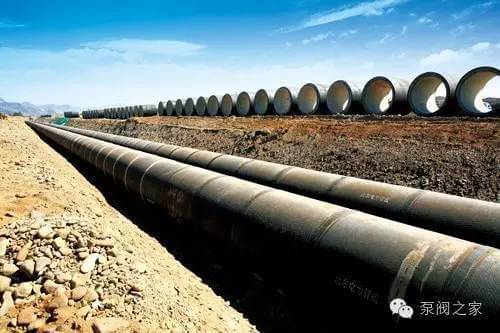 2. Types of corrosion of buried pipelines and introduction

In the figure, copper and zinc are respectively used as the two poles of the battery, the two poles are immersed in the same electrolyte solution, and the wires are connected to the two poles.

In actual operation, there are several points to note. One is to replace a pipe. When a pipe is replaced due to corrosion damage, if it is not noticed, the new pipe segment will often fail quickly. Because the new pipe section is an anode, it tends to be short, while the old pipe section is a cathode, which is often long. A small section of new pipe needs to supply several times its own old pipe section, and its corrosion rate will be much greater than the corrosion rate of its own buried ground. There is also a weld of the pipe. The metal body of the steel pipe and the metal composition of the weld are different. The potential difference between the two can reach 0.275V. Therefore, the adjacent portion of the weld with low potential after being buried in the ground is easily corroded. . Therefore, in the above circumstances, we should do a good job in anti-corrosion work.

Among them, oxygen concentration batteries are most common in buried pipeline corrosion. This has a lot to do with different soil properties. The concentration of oxygen in different parts of the pipeline is different. The natural potential (non-equilibrium potential) of the pipeline in the oxygen-depleted part is low, which is the anode of the corrosion original battery. The anode dissolution rate is obviously higher than the anode dissolution rate of the remaining surface, so it suffers from corrosion. The pipeline passes through the soil junction of different natures. The clay section is depleted of oxygen and is prone to corrosion, especially at the junction of the two soils or the location of the buried pipeline near the excavation end.

In actual operation, the buried pipelines are often in different tamping layers, the pores of the soil are different, and the oxygen holding capacity naturally differs, which provides conditions for the formation of oxygen concentration batteries.

Microbial corrosion is essentially bacterial corrosion, which is also an electrochemical corrosion in nature, except that the medium changes the physical and chemical properties of the interface of the material it contacts due to the propagation and metabolism of the corrosive microorganisms.

Von Wogozen Kuhr et al. proposed a classical depolarization theory in 1974. It is believed that pitting corrosion of buried cast iron pipes is due to the activity of SBR to deoxidize the metal surface by hydrogenase. The overall reaction formula is as follows:

In view of the corrosion principle and process described above, the anticorrosion means of the buried pipeline in the project is mainly divided into three aspects, external application, lining and cathodic protection. Among them, the external application mainly includes asphalt, galvanized, PE tape, etc., the inner lining mainly includes resin, cement mortar, plastic, etc., and the cathodic protection is also divided into two kinds of DC power supply and no DC power supply.

Next, we introduce the anti-corrosion measures for ductile iron pipes and carbon steel pipes.

Among them, it is important to point out the importance of the zinc layer as a means of external preservation.

Once the asphalt coating on the surface of the zinc layer is destroyed, the zinc layer is in contact with the soil, and the metal zinc combines with carbonates in the soil to form insoluble zinc carbonate, which is tightly bonded to the tube wall. Forms a dense, continuous, insoluble, non-leakable coating to prevent corrosion.

Third, the self-healing of the damage

Local damage may occur during pipeline transportation or installation. Zinc is rapidly converted to zinc ions by the action of the primary battery. Zinc ions migrate through the pores of the asphalt layer to seal the pores and cover the damage, forming a stable and insoluble protective zinc layer.

In addition, the zinc layer and the asphalt have excellent adhesion, which is essential in corrosion protection.

The corrosion resistance of carbon steel pipes is poor, but because of its high pressure resistance and good processability, it has also been widely used in buried pipelines.Therefore, its anti-corrosion practice has become the focus of the project.

The main disadvantage of the polyethylene adhesive tape anti-corrosion layer is that it has poor resistance to soil stress, especially at high temperatures, resulting in cathode shielding due to poor adhesion and compactness.

There are two types of cathodic protection, one is cathodic protection without external current. The specific method is to use a metal material (active) that is more reductive than steel, such as magnesium, zinc, etc. as an anode, and bury it in the ground, connect the anode to the pipeline with a wire at a certain distance, and naturally form a large one in the soil. The result of the circuit is that the anode metal is corroded and the steel or cast iron pipes are protected. This method is often used in situations where soil resistivity is low, power is not available, and pipe coating is good.

There is also a cathodic protection method that applies DC power. The specific method is: burying scrap iron or the like in the vicinity of the metal pipe, as an anode, connecting with the anode of the direct current, and the cathode of the power source is connected to the pipeline. The current flows from the DC power source through the cable to the artificial scrap iron anode, and then flows into the protected pipeline through the soil, and flows from the pipeline back to the cathode of the power supply through the cable, so that the protected pipeline becomes a cathode, thereby preventing soil corrosion of the pipeline.This method is more suitable when the soil resistivity is high or the metal pipe is exposed.

In fact, cathodic protection is often used in conjunction with the outer coating of the pipe to achieve better corrosion protection.