Classification and Brief Introduction of Pickling of Steel and Steel Pipes

Classification and Brief Introduction of Pickling of Steel and Steel Pipes 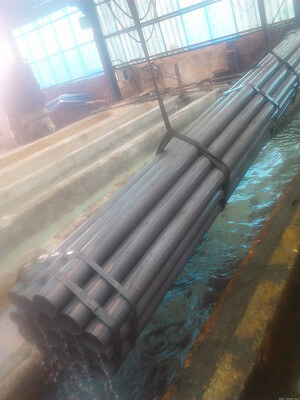 Electrochemical method: When pickling, direct current is applied to both sides of steels immersed in acid solution through electrodes to accelerate the removal of iron oxide scale.

Single-piece pickling is the most original and simplest pickling method. It is characterized by pickling the whole coil of wire or loosened coil without uncoiling, and then hanging in the pool for washing. Due to the poor quality of pickling, low production efficiency, especially the great environmental pollution, it has been vigorously eliminated.

With the improvement of people’s living standards and the increasing demand for the environment, new technologies and production lines for iron oxide scale removal with high efficiency, pollution-free and good quality are emerging.

EPS patented technology is developed on the basis of SCS technology. Its basic principle is that EPS treatment is carried out in a sealed space with special equipment. That is, the upper and lower surfaces of plate and silk steel plate are sprayed by EPS working medium, i.e. mixture of steel sand and water. Under the action of certain spraying force, the oxide or iron oxide scales on the surface of plate are removed without any residual oxides. It can make the surface of steel plate smooth and clean, which is called green surface.


Pickling is the process of removing oxide scales on the surface of steel pipes by chemical methods, so it is also called chemical pickling.

Because the oxide scales on the surface of carbon structural steel or low alloy steel have the properties of looseness, pore and crack, and the oxide scales are straightened, stretched and rectified together with the strip steel in the pickling machine, so that these pore cracks are further increased and enlarged. Therefore, while the acid solution reacts with the oxide scales chemically, it also passes through cracks and pores. It reacts with the matrix iron of steel. That is to say, three kinds of chemical reactions between iron oxide scale and metal iron and acid solution were carried out at the beginning of acid pickling.

h-beam I-beam Stainless Steel Beam Manufacturer​ What is H-beam What is I-beam 2020-01-02
www.nctv.net

Tagged with: h-beam I-beam Stainless Steel Beam Manufacturer​ What is H-beam What is I-beam

Previous: Processing Method and Manufacturing Process of Flat Welded Flange
Next: Types and functions of gaskets 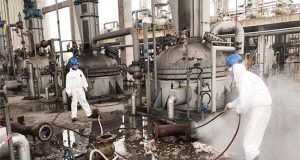