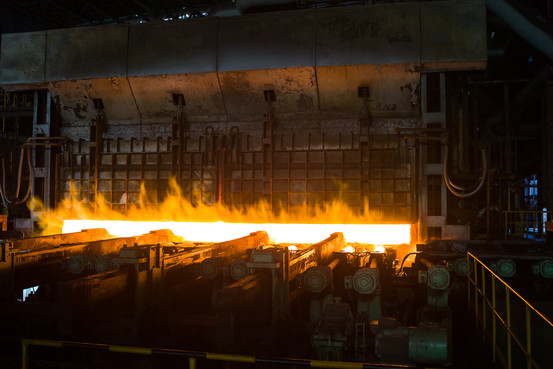 Steel production last month grew at the fastest pace so far this year to a record average daily output of 2.31 million metric tons, adding to signs that China’s efforts to streamline the industry are faltering.

China’s top leaders have pledged to reduce industrial overproduction, especially in steelmaking, which adds to pollution and wasteful investment.. But local officials have resisted the push, fearing for jobs and local business interests. Government stimulus policies aimed at supporting economic growth, which includes infrastructure projects, also have kept steel production humming. A fall in the price of raw materials for steel, especially iron ore, is an added impetus for more production.

China produces nearly half the world’s steel, and its output appetite is a key factor for global prices.

The latest data for May shows that crude steel production rose 4.5% on year in June to 69.29 million tons, up from 2.6% growth in May, according to National Statistics Bureau data released Wednesday. The rate has risen sharply since posting a contraction in January. Production was up 3% in the first six months rose to 411.91 million tons. While this is slower than the pace of growth last year, steel output is still growing strongly.

Government moves to ease curbs on the property sector last month signaled that policy would remain supportive toward steel demand, analysts say. China’s northern city of Shenyang scrapped some curbs on home purchases, while smaller cities have also begun to fine-tune measures that would allow more people to buy second or more homes.

The less hawkish policies on the property sector triggered a rally in iron ore futures on the Dalian Commodities Exchange toward the end of June.

Government stimulus measures earlier in the year underpinned shipbuilding and automotive industries – key customers of steel mills. “Though there is overcapacity in the industry, the pursuit of more operating cost efficient ships and specialized vessels has resulted in a still-respectable [shipbuilding] order book,” Barclays Research analyst Ada Dai said.

The automotive sector also continues to be “a bright spot” for steelmakers in the first half this year, Barclays said. Key mills including China’s bellwether producer Baosteel Group Corp. are ramping up production in June in response to higher margins, it said. Baosteel didn’t immediately respond to a call for comment.

At the same time, prices for iron ore throughout most of June were at their lowest levels in two years, touching $90.9 a ton in mid-June. Such bargain-basement levels opened up profit margins for Chinese steelmakers to more than 100 yuan ($16) a ton. Iron ore prices have since posted a mild rally in July, reaching $97 this week.

Still, iron ore imports have been declining as traders and mills face a crackdown amid a metal-financing scandal in China’s eastern port of Qingdao, which has discouraged banks from lending against metal shipments. “Through much of June, mills severely struggled to secure financing for procuring iron ore,” The Steel Index said in a report. Though mills still have ample stockpiles, lower iron-ore stocks could impact steel production volumes in coming months, analysts say.