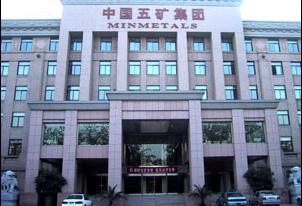 China’s largest steel trader, China Minmetals Corp. (CMC), on Tuesday opened its e-commerce platform to other dealers to help the sector handle overcapacity and a credit crunch.
The platform, www.xinyilian.com, www.yaang.com, will link commodity buyers with sellers and gradually become an online steel supermarket, said Yu Engang, deputy general manager of Minmetals Development Co., Ltd., a subsidiary of the CMC group.
The platform also provides online financing for steel dealers.
“During hard times, the steel sector must build an open and standard e-commerce platform,” Yu said.
China’s steel industry is struggling through the mire of overcapacity and losses amid the economic slowdown. Steel companies posted combined losses of 2.33 billion yuan (380 million U.S. dollars) in the first quarter, compared with profits of 8 billion yuan a year ago, according to data by the China Iron and Steel Association (CISA). Crude steel output continued to expand in the first quarter by 2.4 percent to 203 million tonnes.
The steel industry, which relies heavily on bank loans for financing, was among the hardest hit by the credit crunch. The average debt-to-asset ratio for the steel industry now stands at 70 percent, according to the China Chamber of Commerce for Metallurgical Enterprises (CCCME).
Steel companies or dealers have to endure a 10-percent reduction in credit and higher interest rates, said Zhao Xizi, honorary president of CCCME. The whole steel industry will have to hold on for another three years before going through the “winter” period, Zhao said.
Since 2012, a growing number of commodity transactions have been executed through e-commerce in China, where more than 100 third-party platforms are focused on the steel industry.
As the largest raw material supplier in the country, the CMC group hopes to repeat the success of Alibaba Group in operating third-party e-commerce platforms such as Taobao and Tmall, improving transaction efficiency and access to information.
Only 10 percent of China’s steel transactions go through e-commerce platforms.
However, the e-commerce rush among steelmakers and dealers has worried some.
“It’s unnecessary for everyone to launch their own e-commerce platform, trading company or logistics park,” warned Liu Leiyun, president of China National Association of Metal Material Trade. “Otherwise, it will become another overcapacity problem.”
Overcapacity has long been a problem for China’s steelmakers, which have not only been blamed for polluting China’s air, rivers and soil, but for impeding economic restructuring.
Data from the China International Steel Congress showed the steel industry now has an excess capacity between 180 million tonnes and 240 million tonnes.
Dong Baoqing, an official from the Ministry of Industry and Information Technology, sees e-commerce as a good way for the steel industry to win back trust from banks, burned by steel companies embezzling credit for speculative purposes.

“A reliable platform could reduce risks to controllable levels and facilitate the healthy development of the sector,” Dong said.