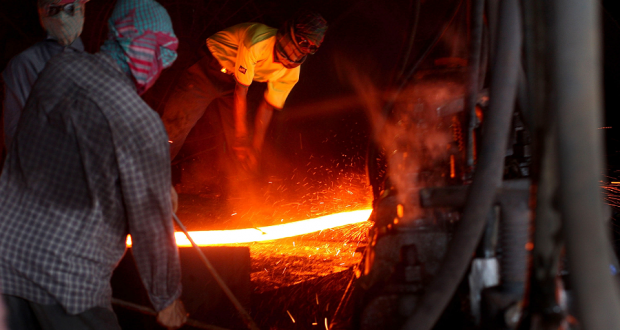 Australia’s Miners Will Be Happy With China’s Steel Production

Economic reform appears to be stabilising the Asian powerhouse and huge infrastructure projects are supporting industry and employment.

This rail investment is expected to exceed $1 trillion Chinese yuan ($171.4 billion) and is about 58% higher than the investment made in 2013, ANZ’s commodity team estimates.

The projects have boosted Chinese steel production over the last couple of months – something Australia’s miners will be happy to see – and according to ANZ should “partly outweigh any weakness in the Chinese property sector”.

This chart shows monthly Chinese steel production since 2008 and demonstrates significant jumps in the past three months to between 65 and 70 million tonnes.