ASTM International, known until 2001 as the American Society for Testing and Materials (ASTM), is an international standards organization that develops and publishes voluntary consensus technical standards for a wide range of materials, products, systems, and services.

The organization’s headquarters is in West Conshohocken, Pennsylvania, about 5 miles (8 km) northwest of Philadelphia.

ASTM-American Society for Testing and Materials

ASTM 前身是国际材料试验协会
International Association for Testing Materials, IATM
ASTM, founded in 1898 as the American Section of the International Association for Testing and Materials, predates other standards organizations such as BSI (1901), DIN (1917), ANSI (1918) and AFNOR (1926). ASTM has a dominant role among standards developers in the USA, and claims to be the world’s largest developer of standards. Using a consensus process, ASTM supports thousands of volunteer technical committees, which draw their members from around the world and collectively develop and maintain more than 12,000 standards.
ASTM International publishes the Annual Book of ASTM Standards each year in print, Compact Disc (CD) and online versions. The online version was available by subscription and cost was based upon usage. For 2008, the A group of scientists and engineers, led by Charles Benjamin Dudley formed the American Society for Testing and Materials in 1898 to address the frequent rail breaks plaguing the fast-growing railroad industry. The group developed a standard for the steel used to fabricate rails.
In 2001, ASTM changed its name to ASTM International to reflect global participation in ASTM and worldwide use of its standards.
In 2009, a joint effort by standards development organizations AAMI, ANSI, ASTM, and DIN created a single, centralized database for medical device standards.[1]
Standards

The standards produced by ASTM International fall into six categories:

The quality of the standards is such that they are frequently used worldwide.

The Annual Book of ASTM Standards covers 15 sections of interest plus a master index:
ASTM Standards can be purchased as a digital library subscription or individually from ASTM and other qualified[2] standards providers. When maintaining a large standards library, often digital subscriptions are used to simplify staying current on standards and to remain in compliance with all copyright laws. A technical library at a university may also have copies of standards to review.
Membership and organization
Membership in the organization is open to anyone with an interest in its activities.[3] Standards are developed within committees, and new committees are formed as needed, upon request of interested members. Membership in most committees is voluntary and is initiated by the member’s own request, not by appointment nor by invitation. Members are classified as users, producers, consumers, and “general interest”. The latter include academics and consultants. Users include industry users, who may be producers in the context of other technical committees, and end-users such as consumers. In order to meet the requirements of antitrust laws, producers must constitute less than 50% of every committee or subcommittee, and votes are limited to one per producer company. Because of these restrictions, there can be a substantial waiting-list of producers seeking organizational memberships on the more popular committees. Members can, however, participate without a formal vote and their input will be fully considered.
As of 2007, more than 30,000 members, including over 1100 organizational members,[4] from more than 120 countries, including 120 members in China as of 2005.[5] The 2011 Chairman of the Board is Catherine H. Pilarz; James A. Thomas is the President of ASTM International.[6][7]
ASTM International presents several awards for contributions to standards authorship, including the ASTM International Award of Merit (the organization’s highest award)[8]
ASTM International is recognized by the United States Internal Revenue Service as a 501(c)(3) nonprofit organization.
Standards compliance
ASTM International has no role in requiring or enforcing compliance with its standards. The standards, however, may become mandatory when referenced by an external contract, corporation, or government.
In the United States, ASTM standards have been adopted, by incorporation or by reference, in many federal, state, and municipal government regulations. The National Technology Transfer and Advancement Act, passed in 1995, requires the federal government to use privately developed consensus standards whenever possible. The Act reflects what had long been recommended as best practice within the federal government.
Other governments (local and worldwide) also have referenced ASTM standards
Corporations doing international business may choose to reference an ASTM standard.complete set of books or CDs cost almost US$9000 and included 81 volumes. For 2010, the complete set of books or CDs cost almost $9700 and included 82 volumes.

From Metal & Oil & Gas News, post What is ASTM?

2013-11-27
www.nctv.net
Previous: ASTM A106 Seamless Pipe
Next: The Difference between Pipes and Tubes 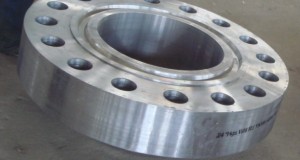