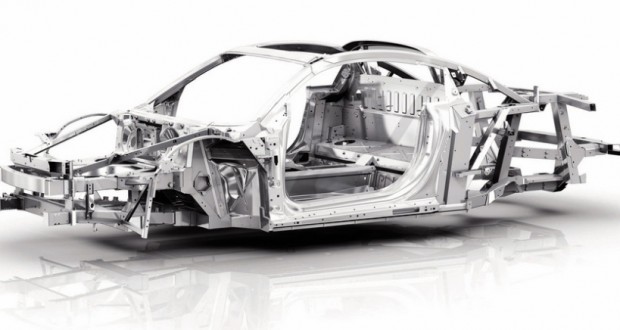 Aluminium steals a march on steel in cars

Aluminium is contending with its heavier counterpart, steel.

This year will see the launch of Ford Motor’s new F-150 truck, weighing in around 320kg lighter than the 2009 model, largely due to replacing some of its steel with aluminium.

Lighter vehicles get better fuel economy. With oil stuck above $US100 ($107) a barrel and regulations on pollution tightening in all major car markets, aluminium looks poised to take a bigger share of vehicle bodies at steel’s expense.

Alcoa, which reports its results tomorrow, has seen its stock jump by more than 80 per cent since the start of October — with no parallel increase in consensus earnings estimates — due in part to excitement about aluminium’s expanding opportunities.

But while aluminium certainly will take market share in vehicles, it would be premature to think steelmakers will let their position simply rust away.

Steel makes up roughly 70 per cent of the weight of the average US light vehicle (aluminium is 10 per cent or less). Adjusted for relative density, aluminium can compete with certain types of steel in terms of strength.

As Matt Murphy of UBS points out in a recent report, though, steel has several advantages.

One is sheer incumbency. Carmakers have established relationships with the steel industry, which has extensive production capacity and distribution networks. Panel beaters also have a lot of experience working with steel-heavy vehicles.

Another is cost. Auto-grade steel costs about a third to half the price of auto-grade aluminium. So reducing weight must be balanced with economics.

While using more aluminium in trucks and luxury vehicles, where prices and margins are higher, is relatively easy, it may prove more of a struggle in smaller cars.

Moreover, steel itself can be improved upon to help head off aluminium’s challenge. For example, according to UBS, tensile strength in automotive steels has improved, at the high end, by a factor of about 10 times over the past 40 years.

And new high-strength steels being developed are expected to weigh 60 per cent as much as conventional steel, according to IHS.

The risk for investors getting enthusiastic about aluminium’s prospects is that they ignore the wider environment.

Paul Adkins of AZ China compares the situation to internet start-ups: “Once the dream turns into reality, margins will be tighter than hoped, market share will be fought over fiercely and share prices will plateau or drop back,” he says.

And if the automotive industry is the battleground, China remains the referee. The country’s expansion of both aluminium and steel capacity to excess is the primary force pushing down margins in both industries.

Tagged with: Aluminium steals a march on steel in cars